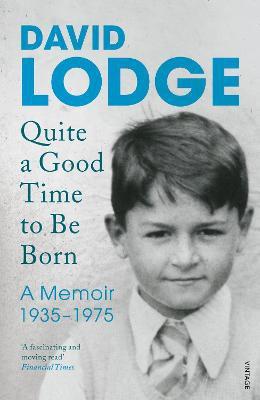 I drew my first breath on the 28th of January 1935, which was quite a good time for a future writer to be born in England...' The only child in a lower-middle-class London family, David Lodge inherited his artistic genes from his musician father and his Catholic faith from his Irish-Belgian mother. Four years old when World War II began, David grew to maturity through decades of great social and cultural change - giving him plenty to write about.

Candid, witty and insightful, Quite a Good Time to be Born illuminates a period of transition in British society, and charts the evolution of a writer whose works have become classics in his own lifetime.